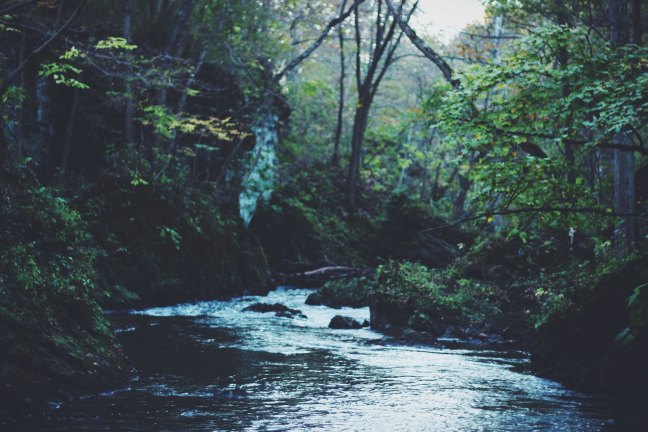 What a great day yesterday – here are a couple of thoughts:

First, had a great day yesterday with most of my immediate family.  We decided to venture out on a float trip down the Current River and man, did I have fun.  Sarah and I managed to keep our canoe from tipping the entire 8 miles – unfortunately the others didn’t.  No losses to report other than pride.  Learned a couple of things.  First, my wife is one tough cookie.  Although sitting is painful in a car (and a canoe) for extended periods of time, she gutted through the drive down to Salem MO (a little over 2 hours), 5 hours on the river and then the trip back home without complaint.  Man, I love that woman and her toughness, all because she wanted to spend the day with her kids.  She knows she won’t do that again, but seeing that was the first float trip we took as a family, she was willing to endure the pain to have that memory.  Second, if you’re going to fall trying to get into your canoe and face plant into the river – that is best done without the family watching.  I did fall and they did laugh.

Second, 5 hours on the water was a bit much for my two boys.  They started out as Lewis and Clark, confident and unafraid, kings of the river.  They morphed into Laurel and Hardy as their inexperience became quite evident.  After a couple of more miles, Richard Dorhauer turned into Richard Simmons, barking out his motivational directions on how to guide the boat down the river; pat his “mates” on the back with each successful landing.  By the end though, it was like Trump and Obama were sharing a canoe.  Each mistake by one or the other was loudly (and rather coarsely) announced to all within earshot.  Poor Cecilia was caught in the middle – literally -she was the third person in the canoe the whole time.  Once they were home, showered and fed, all was good with the world again.

Third, don’t arm wrestle Mary.  She can bend steel.  The death grip she had on her the support post in the canoe – for five hours – was rather impressive, and rather bent when pulling up on the hallowed shores of Akers Ferry.  Props to Richards Megan and Grace, who did their best to keep her “calm” the whole way down the river.  Mary spoke confidently these past few weeks that she had been on a float trip (with her Uncle Paul) back in eight grade and knew full well what to expect.  Not once did I get the impression that Mary knew what to expect.  One more props to Richard’s Megan.  She was the faithful navigator on the canoe and many times had to pull the canoe through “low” water while Grace and Mary sat comfortably and encouraged her from inside the canoe.

Fourth, Ruth and Paul put their relationship to the test yesterday and I’m hoping all things are still strong with them.  Ruth, knowing what a stickler I am on time, starting stressing at 5:46AM because Paul had not shown up yet at the house.  The intention was to leave by 6AM.  Let’s just say that didn’t happen.  I don’t know if it was punishment (Paul says he volunteered), but Ruth drove the Fusion.  If anyone has ever been in a Ford Fusion, you know full well that there ain’t much room between the back seat and the front seat for anyone over 90lbs and 4ft tall.  Let’s just say Paul ain’t either of those.  Not only did he get the back seat, he got the back seat behind Ruth, who ain’t the shortest women in the world.  ‘Nuff about that.  On the river, they got about 4ft down into the float and tipped.  They righted themselves and made it a whole 20ft when they found out rocks under the water can tip you over too.  And so it went.  There was a scary moment when the canoe tipped and Ruth got tossed underwater and the canoe and got the living daylights scared out of her.  Again, once they got a few miles under their belt, they did “fine”.  One more comment, neither of them tan especially well, so they were constantly putting sun screen on (unlike Richard and Tony whose backs represent the flag of Russia this morning – one deep sea of RED).  Paul look like Casper the friendly ghost at times.

All in all, it was a great day floating the Current River and I look foward to doing that again – in 2037.

As today is the celebration of the birthday of our County, the following thought came to mind thinking about some of the sacrifices our Founding Fathers made to this County and the cause they had breaking away from the rule of England.  I’ve attached a hyperlink that describes what they were willing to sacrifice for the good of their newly founded country.  The Sacrifice Paid

Thinking about that reminded me of another cause our “founding fathers” sacrificed their lives for…Christ’s Apostles.

So, do you have something you’re willing to sacrifice your life for?

Do something great for our Lord today – spend time with family and friends.  Enjoy the 4th.  God Bless you and God Bless America.

God’s will, not mine, be done.

Be not afraid; just have faith.

Jesus, I trust in You.

I've added another blog to the website...head to www.stmmmenofprayer.com and take a look.